While this is not the first time some studies have called for an increase in plant consumption and a decrease in meat consumption to help the environment, the IDTechEX report points out that it could also be an unsustainable source of protein to feed the world’s expected population.

Already 77% of world agriculture land is used for livestock and yet only 33% of global protein intake comes from meat and dairy. And the math required to scale animal production up to feed two billion more people in 30 years is not promising. An EAT-Lancet study hypothesized that to successfully nourish the planet’s growing population, the meat production trend will need to reverse and consumption of red meat, sugar and refined grains will need to drop by more than half, and that of plant-based foods will need to more than double.

IDTechEx’s report proposes a large-scale shift to plant-based and cultured meat. To be considered, however, is that the independent market research company would promote a tech solution because the report was composed by one of its analysts who specializes in agricultural technology and next-generation food technology.

The research joins several others that analyze meat production impacts on the environment. A 2018 study published in the journal Science concluded animal agriculture is responsible for many global environmental problems, and avoiding consumption of animal products would help more than buying sustainable meat and dairy products. Some consumers have made the switch. U.S. retail sales of plant-based foods rose 11.4% last year, for a total market value of $5 billion and dollar sales jumped 29% during the past two years.

Companies producing animal products are looking for a sustainable way to retain their foothold in households. In a global industry that is worth more than $2 trillion and represents about 5.6% of U.S. GDP, meat and dairy producers are pivoting to plant-based options to complement their portfolios and keep plant-based startups from chipping away at market share. Nestlé, Tyson Foods, Cargill and JBS have all introduced plant-based products in recent years in a bid to bring customers to their brands.

These products will likely serve as a test to judge how dramatically these companies will reorient their portfolios toward plant-based options. Offering these alternatives could prove to be a lucrative decision. About two-thirds of consumers are willing to pay more for sustainable brands, and that figure is even higher for millennials (73%) and Generation Z (72%), according to Nielsen.

However, the meat industry is not only approaching sustainability from a plant-based perspective. Due to the ongoing publicity and pressure surrounding the sustainability of animal products, the board of the North American Meat Institute unanimously agreed to encourage companies to share sustainability practices by making the environmental impact of meat and poultry production a non-competitive issue among members.

Another solution posited could be to remove government subsidies from meat productions. According to the IDTechEX report, the U.S. and E.U. spend about $38 billion a year in subsidies for the industry, which drastically and artificially lowers the price of animal protein. Removing this governmental aid would raise animal meat prices, perhaps even at parity with plant-based alternatives. This solution, although unlikely to occur, would offer consumers a more level playing field to choose between animal, plant and potentially cultured options without finances weighing into the equation.

Plantcraft is in the news! 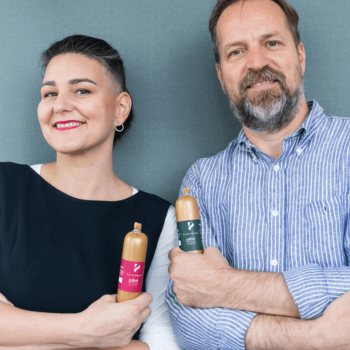 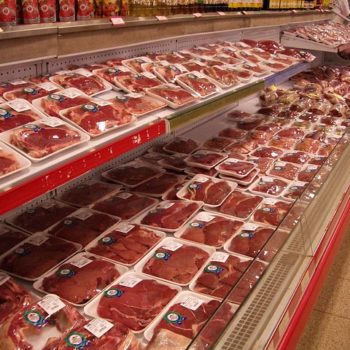 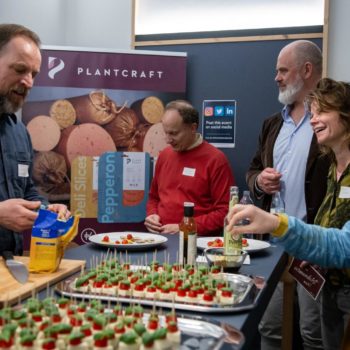