The most decadent hot snack in French cafés

The title Croque Monsieur comes from “croquer”, to bite and “monsieur” meaning mister. It's literally a gentleman's sandwich.
Serves

Make the bechamel sauce. In a small saucepan, melt 2 tablespoons of butter over medium heat. Whisk in the flour and cook, stirring until the flour gently bubbles up, 2 to 3 minutes. Do not allow it to brown. Gradually add the plant milk while whisking, then add bay leaf and let it cook, stirring from time to time, until the mixture thickens, 8 to 10 minutes. Remove the bay leaf and stir in the Parmesan.

Arrange 4 slices of the bread on a flat surface. Top each with with vegan deli slices or spread pâté evenly. Mix together half of the vegan cheese and the bechamel sauce. Taste for seasoning. Spread a little of the sauce on top of the deli slice and top each with another slice of bread.

Spread the remaining bechamel on top of the sandwiches and top with the other half of the vegan cheese.Place the sandwiches under the broiler and broil until the top becomes golden brown, 1 to 2 minutes. Serve immediately. 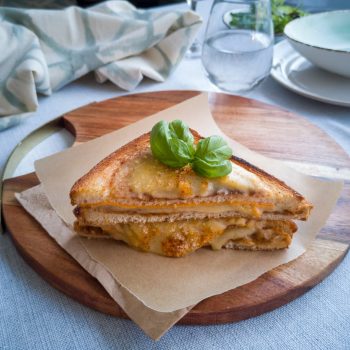 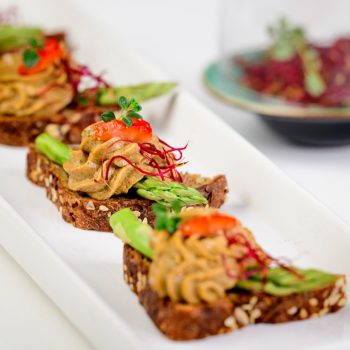